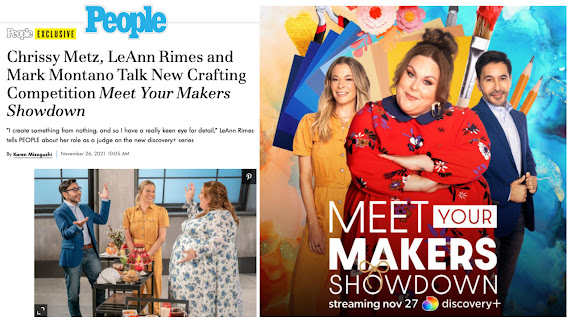 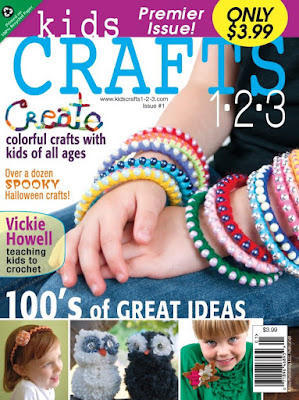 My bracelets featured on the cover of Kids Crafts!

Mark Montano is the leading authority on DIY/Craft projects at home, an award-winning designer, author, TV host and creative director.  Staring as lead judge on the new Discovery+ Meet Your Makers Showdown with Chrissy Metz and LeeAnn Rimes, Mark is nation’s most established and published crafter in the DIY realm.  He’s sold more craft books than any other maker in the United States.  You can see him bi-weekly on his YouTube channel hit series, Make Your Mark, where he takes the viewer through easy- to-achieve projects ranging from furniture makeovers, creating jewelry to crafting home decor items and simple sewing projects.

Currently, Mark Montano stars in new Discovery+ series, Meet Your Makers Showdown (MYMS) where he judges the competition with singer and inspirational judge LeAnn Rimes and host Chrissy Metz, from the ABC show, This Is Us.  In addition to MYMS, nearly ¼ million viewers tune in to watch Montano’s Make Your Mark series where he tackles crafts and DIY projects using items around the house brighten up your life.

Mark Montano is the author of 13 DIY/Craft books, most notably the best-selling Big Ass Book of Crafts 1 & 2, The Big Ass Book of Home Decor and The Big Ass Book of Bling: Simon and Schuster.  His goal for each best-selling tome was for the crafts to be ‘home worthy.’ He dedicates his work to all of the people who think they aren’t talented or crafty; he encourages folks at home to use materials they have accessible and simply try making something. Investing in your own creativity and accomplishing a new craft or DIY project is something so undervalued in today’s pandemic society. Mark’s enthusiasm and encouragement make him a true standout in the craft field today.

After earning his Master of Fine Arts at FIT in New York, Mark Montano started his career as a fashion designer working for Oscar de la Renta in 1986.  In 1991 Mark opened his first boutique in the East Village of New York and began showing his own collection at New York Fashion Week. In 1999, he won the coveted Cotton Incorporated Award for design and was inducted into the CFDA (Council of Fashion Designers of America). Expanding his creative flair into home décor, Mark expanded his visibility on television as part of the design team for TLC’s While You Were Out.  In the years that followed, he hosted TLC’s 10 Years Younger, as well as Style Network’s My Celebrity Home. Mark has been a host and designer on We TV’s She’s Moving In, The Tony Danza Show on ABC and FOX’s My Home 2.0.  He turned his Make Your Mark YouTube series into a 1/2 hour PBS series which can still be seen on PBS and Create TV.  Mark Montano was a contributing editor to CosmoGIRL! magazine for ten years. He has also dished out décor advice as a contributing editor for The New York Post and Knight Ridder with a weekly Q&A article in more than 70 U.S. newspapers.

Mark grew up in a small town in the southeast corner of Colorado, the oldest of 5 brothers.  His mother’s Vogue magazine issues influenced his decision at 13 to figure out how to move to New York City and become a fashion designer.  Now, with a house full of items he’s made over the years, he strives to create something new each and every day.