How do you say goodbye? 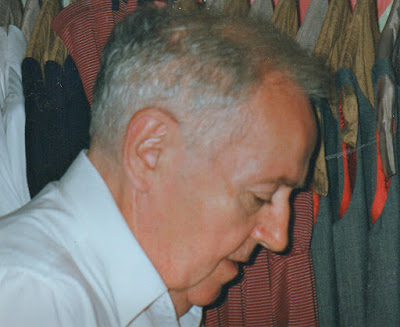 I was just a kid when I opened my first store in the East Village of NYC.  Within a few days of opening, Walter, who lived in apartment #3 above my boutique, shuffled in with fresh baked cookies and changed my life forever.  How do you say goodbye to someone you have spoken to nearly every day for 25 years?  I'm still figuring that out. 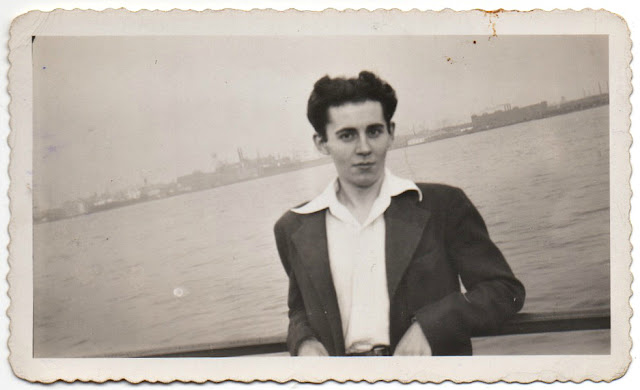 Walter was born IN the apartment on 9th St. between 1st Ave. and Ave. A, where he lived for almost 92 years.  He first lived there with his mother and sister and then alone after his sister left and his mother passed.  I believe that was sometime in the 1950s.  I wish I had time to tell you all of the stories he shared with me over the years.  Like how excited he was when they first got a toilet on each floor and didn't have to use an outhouse anymore.  Or how he would take the tin milk bucket to the corner for fresh milk and swing it around on the way home without spilling.  Or how he and his friends would play kickball in the street when there were no cars and only an occasional horse.  Or how he would sneak in to the movies as a kid.  Or how he told his 3rd grade teacher that he had to go home because he had yellow fever and she actually let him go home knowing he just wanted to ditch.   I have a thousand stories but as I write this, all I can feel is a huge hole in my heart.

I have always thought that Walter was my guardian angel.  A cranky, opinionated angel, but definitely put on earth to look after me.  He helped me with everything from picking up fabrics in the garment district to researching my latest whim at the library and checking out the books for me.   Every day he would come in for his list of errands and then be on his way.  In his younger years he was an accountant at a molasses company, and in all of my years in business, I only ever went to my bank twice.  He took care of that for me, too.  When I had a party, he bought the wine, baked the cheese sticks and would make a special cake.  He loved my friends but would only ever show up for a few minutes for the hellos and then disappear.  He was not a kissy huggy person, and as many can tell you, he would barely stop to talk if he was on a mission.  He told me once that he liked to pretend he didn't hear people so he could go on his way.  I loved that about him.  He especially liked his privacy and would not answer if you called his name in the street. He didn't want people knowing who he was......yet, everyone did.  I used to yell his name just to get a rise out of him.  I couldn't help it. 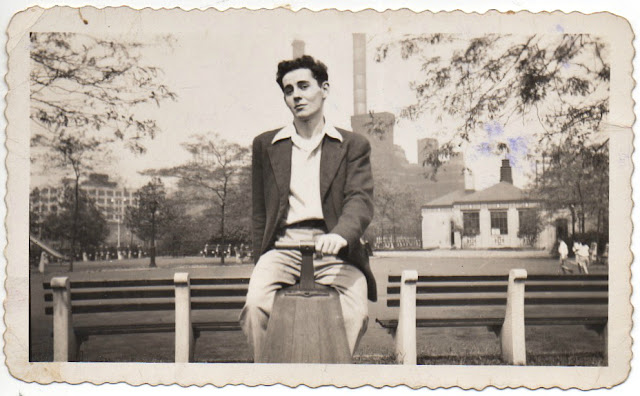 I have always felt I got the better end of the deal in our relationship.  Walter wasn't a saint, but I was no picnic either!  Early on in our friendship I gave him a set of keys to my apartment.  It was then I learned that maybe our friendship was just as much for him as it was for me.  Walter was a morning person.  I'm talking a get-up-at-5 a.m. (or earlier) and-sweep-the-sidewalk-in-front-of-our-buildings kind of morning person.  When he was done with that he would "sneak" into my apartment in the loudest way possible, stand by my bedroom door and whisper my name over and over again until I responded.  When I finally answered he would ask, almost innocently, "Oh, did I wake you?"  I would always reply that he woke me when he was sweeping right outside my window at 5 a.m.  I think, no, I'm sure, he felt lonely in the morning.  He would take my bagel order and be on his way to get us breakfast.  There were days I left the chain on the door and went right back to sleep,
but they were few and far between because I liked our bagel mornings. 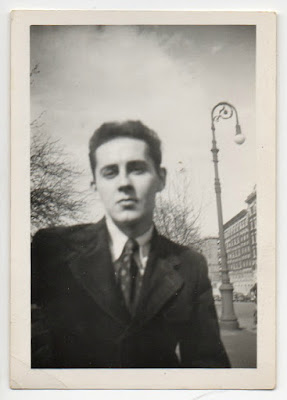 The day I got the call to move to LA to host 10 Years Younger my immediate thought was who was going to take care of my friend?  Everyone on my block, my assistants in the boutique and all of my besties assured me that they would be there for him........and they were.  The minute before I hailed a  cab for LA I handed him a cell phone and told him to call me whenever he wanted and I would pick up no matter what.  He had never had a telephone!  Not even a land line in his apartment.  Right before I jumped in the cab he hugged me for the first time ever.  When I let go, he had tears in his eyes because he knew I wasn't coming back to New York, even though I swore I would.  I kept my apartment and my store for many years, but most of my time was spent here in California.  I held on to both the store and apartment for as long as I could, but
after a while I just had to accept my new life here in LA.

For the 12 years I've been in LA, we talked on the phone nearly every day.  Sometimes he just wanted me to listen to him yell at Who Wants to be a Millionaire.  Sometimes it was to tell me that he thought our tree was dying or that beautiful light was streaming through his kitchen window.  Sometimes it was to play his severely out of tune upright piano for me.  And sometimes it was just to let me know that he thought, because I grew up in Colorado, that I was poorly educated.  "Anyone who wasn't educated on the east coast was at a disadvantage!"  Apparently in all the time we knew each other we had never had one intelligent conversation.  It must be said that 95% of the talking, when we were on the phone, was him.  If I had something important to tell him it had to be done in a letter.  So I wrote.  I wrote to tell him all of the things I couldn't say on the phone like, I MISS YOU and I LOVE YOU and I'M THINKING ABOUT YOU EVERY MINUTE and IF YOU EVER NEED ME,  I'LL BE ON THE VERY NEXT PLANE.  I last saw Walter in September and he was definitely winding down.  I knew it was only a matter of time and I thought I was prepared for it.  But, as most people know, you're never really prepared to lose someone.

As I write this, I'm about to jump on the very next plane and bury a very big part of my heart........
and I really have no idea how I'm going to say goodbye.