So many cardboard boxes piling up right now, and though I love turning them into funky postcards, I thought it might be more fun to figure out a cardboard clay recipe.  It took a while and some tinkering around, but I finally did it!  The first batch had too much glue, the 2nd batch didn't dry right, the third batch was just right and dried hard as a rock!  So far I've just filled silicone molds with it, but I'll get around to making a bowl or covering an armature eventually.  Until then, why don't you whip up a batch and see what you come up with?  Have fun, upcycle and don't forget to
Make Your Mark! 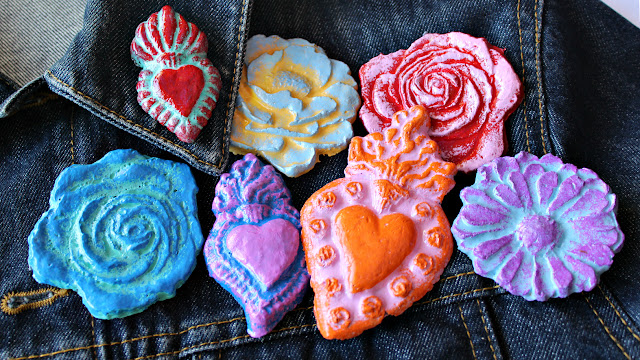 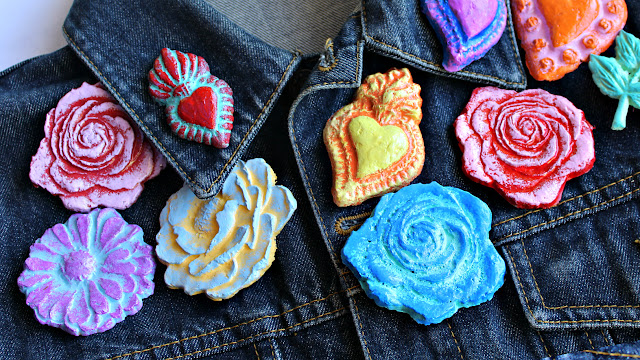 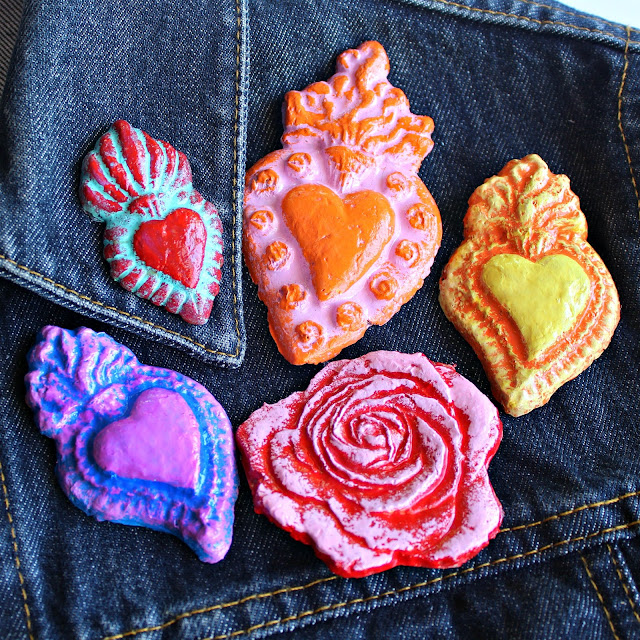 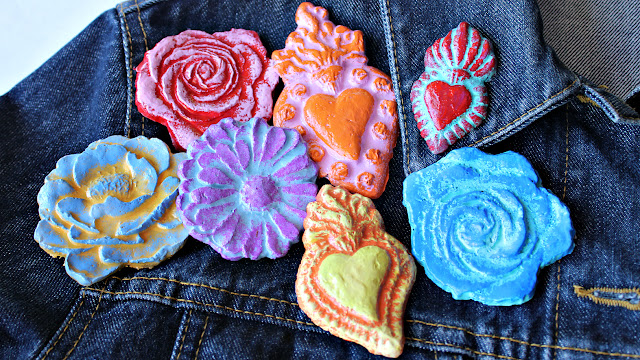 The sacred hearts are my favorite! 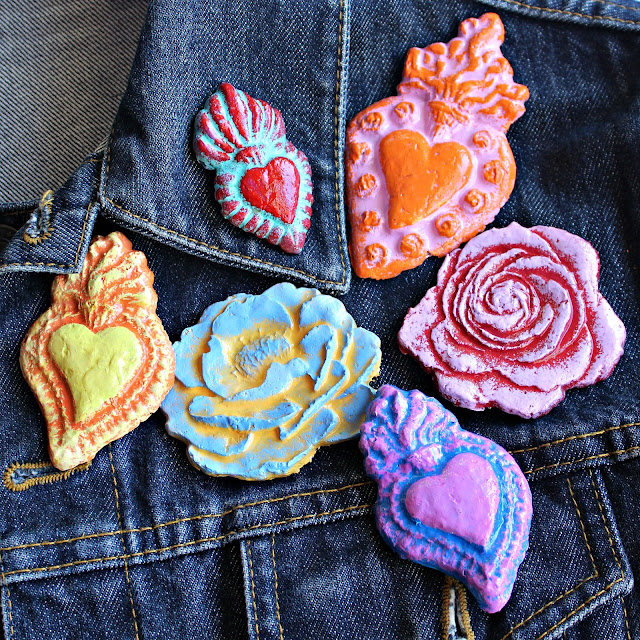 I think these would make an awesome necklace, too! 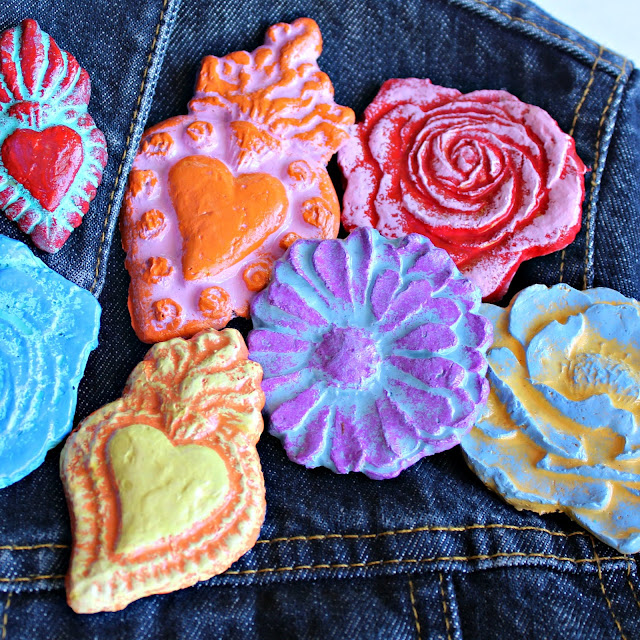 From boxes to brooches!
Posted by Mark Montano at 5:37 PM